Hellooooo!
We went on a weekend trip to Oma's about a week ago, and I took a lot of photos...but not any of the ones I had planned on taking. I had planned on taking Kit down to the sand and taking a photo shoot of her in her new tail, but that didn't happen. So, here are some pictures and some of my thoughts on the trip. 🙂 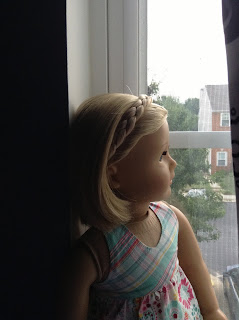 I had managed to claim the spare bed, (no floor for me) and I woke up very early, (habits, people, habits) and Kit was staring out the window watching the sun. 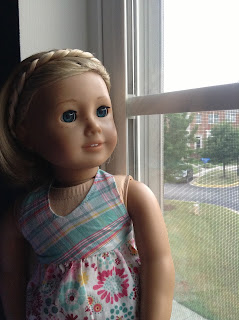 It was quite picturesque. 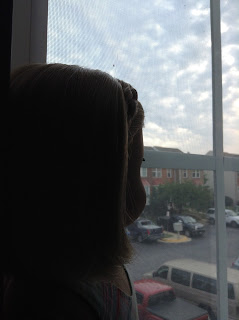 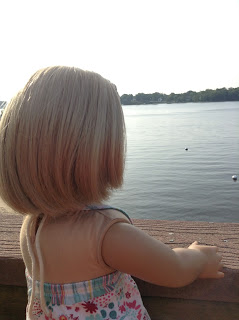 At 7 am I tip-toed down stairs to the kitchen, and a little later I took these photos. 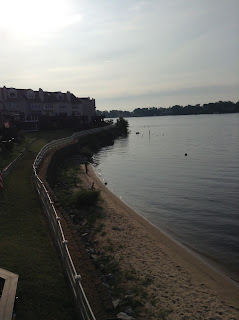 I think it was later because I don't think the sun was quite that high at 7 am. 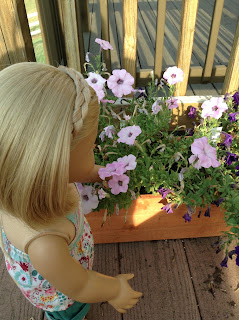 Then Kit discovered the flowers and lost interest in the view. (at least for a bit) 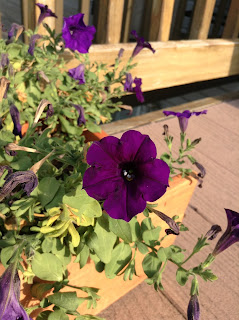 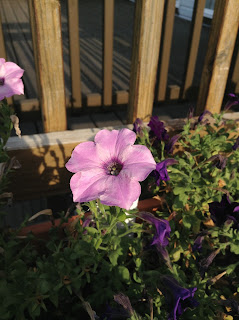 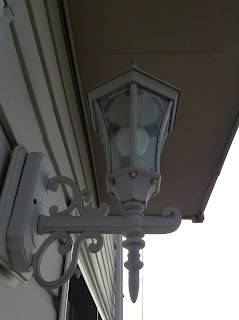 hmm. I was hoping this would turn out better. 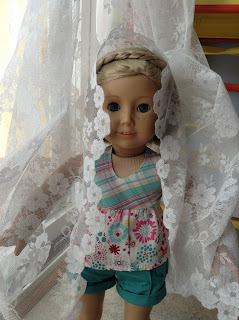 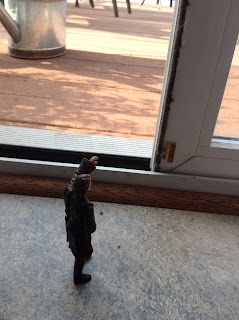 Kit ran off, and this little guy had ventured out and found his way down here. I didn't notice until he started using the force to open the door. 😛
How'd he lose him arm again? you might ask, if you even noticed that it was missing, and that he was supposed to lose it in attack of the clones. Well, it was my birthday, I don't remember which one, I had just gotten him out of the packaging and he was being passed from sibling to sibling, because if you've got multiple siblings, you know what I'm talking about. So he got handed to Wakko, and quicker than a blink, his arm came off and skittered under the tv cupboard. We never found it. 😐 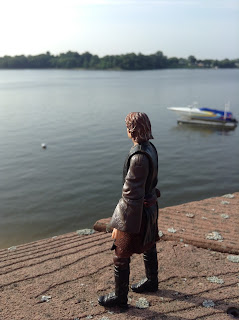 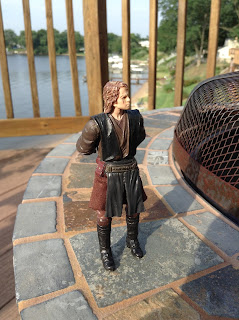 He looks rather critical in this photo. 😄 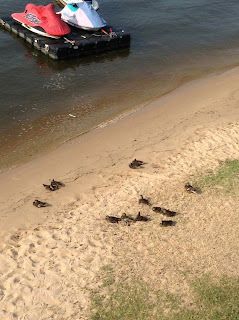 Then I got distracted by some ducks.
Also a call for a light breakfast.
I got cocoa puffs. Hence the following conversation. 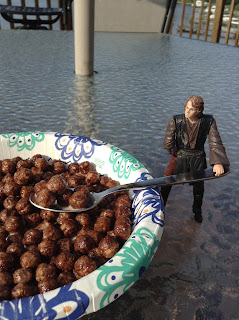 Are these all for me?
No.
But I'm starving!
No, you're not. But you can have a bite.
A bite?!?
One of MY sized bites.
That's much better.

I liked this photo so much I posted it on instagram. 📷😛

So that was the first half, and sometime following will be the second. I'm also going on another weekend trip, and later this month is mine and Kit's birthdays. You won't get a Kit party post though, because we're going somewhere like, the day after my birthday. (#rude) But if I don't melt from the heat, (why are we going south? why? WHY?) I should have fun. And Kit will explain everything we did in a post when we get back. 🙂
But until then, 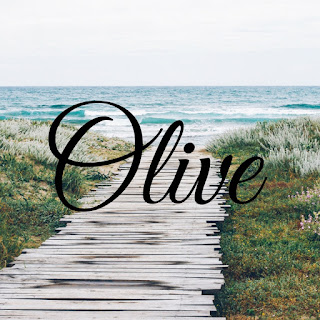 Do you like lots of weekend vacations, or a few long ones?
Don't those lace curtains look fun? Do you like purple flowers?
Have you ever taken pictures of action figures?
And most importantly:
Do you like cocoa puffs? O.O 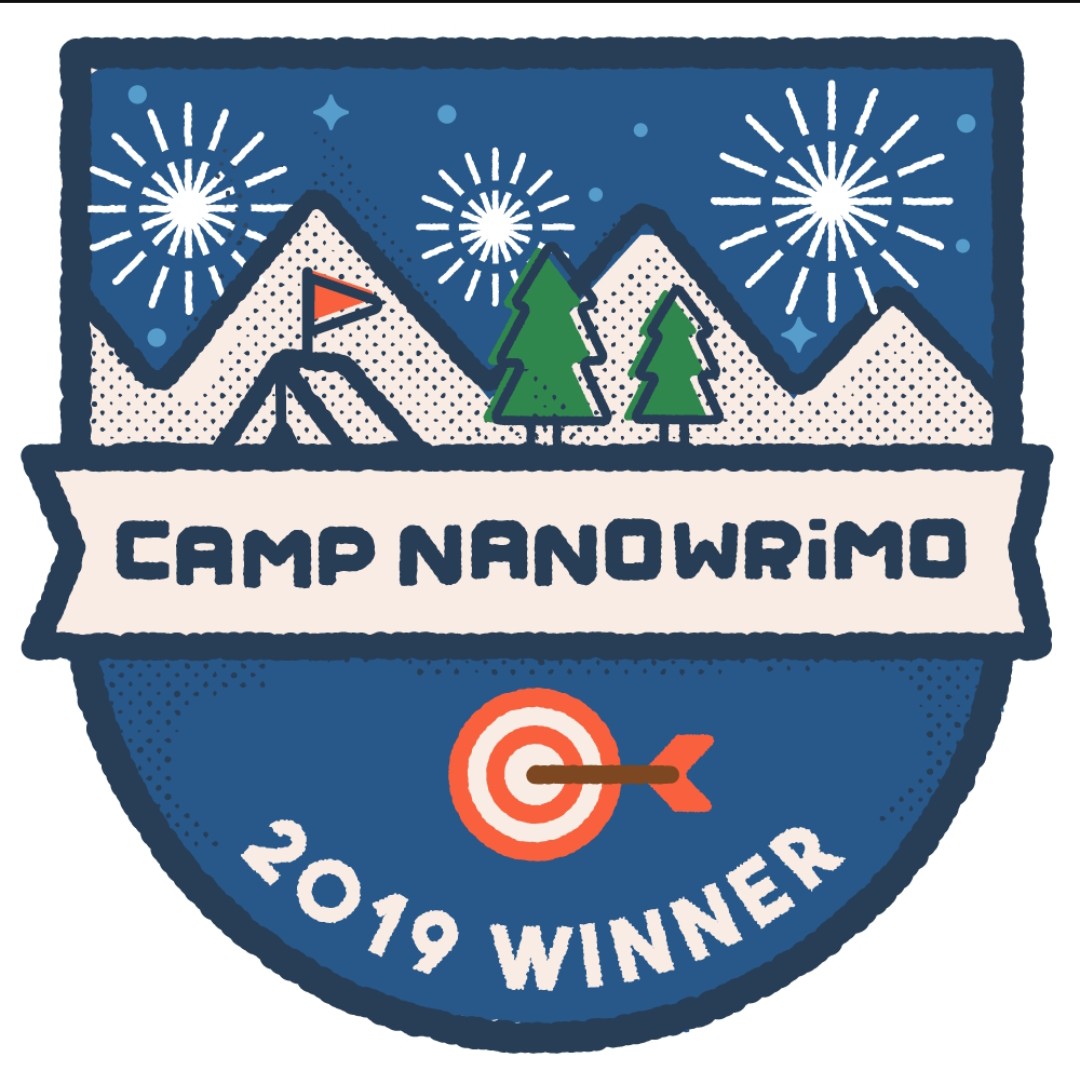 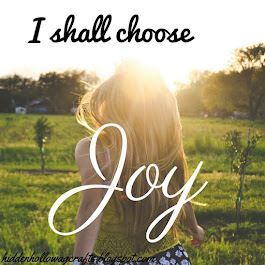